Most of our present day difficulties have their roots in early childhood wounds that have not been attended to. These difficulties arise from dysfunctional caretaking, whether they be emotional, mental, verbal, physical or sexual abuse or neglect. If our caregivers have not healed their own childhood wounds, they will unconsciously pass them on to you – the next generation. We teach what we learn. For example, if your parent was controlled as a child, that parent will automatically treat you with control. Or they may, in reaction, become passive and raise you without boundaries, or—so they can retain their passive role—choose a controlling partner, who in turn will control you. The same dysfunctional behavioral patterns get passed on from one generation to the next. You can, if you choose, end this cycle of continual wounding.

The more severe childhood traumas bypass our memory banks, as a result of shock, and get lodged everywhere else. What is usually most often recalled is the “tip of the iceberg.” This “lack of remembering” makes it difficult for us to understand our suffering. Early experiences may be remembered foggily, selectively, or not at all. Or they may be denied, partially remembered but minimized and rationalized away. However the signs and symptoms of abuse are widely manifested. They may be reflected in a person’s beliefs, values, hopes or lack of them. They can show up in a person’s attractions, repulsions, compulsive habits, anxieties, fears, panic attacks, depression, feeling “crazy in the head”, addictions; aberrant thoughts or sexual practices, modes of dress, meditative states, fantasies, nightmares, dreams, day dreams, feelings of unworthiness, acting out or acting in behaviors, obsessions, paranoias, phobias, workaholism, rageaholism, sexual avoidance or compulsivity, eating disorders, body numbness, a sense of not inhabiting one’s own body, not feeling real, isolating behaviors, poor hygiene, excessive bathing or hand washing, drug, alcohol or pot abuse, inability to trust or form healthy relationships, and many forms of illness or dis-ease in the body. These symptoms are waiting for their stories to be told, believed, and addressed so they can be released.

Emotional incest occurs when a parent emotionally treats a child as a partner or triangulates the child in the marriage. It also occurs when a parent infantilizes the child, over controls, suffocates or over regulates the child. The parent has not created room for the child to experiment and learn from their own mistakes, nor has the child had the opportunity to test their own sense of self or power, leaving them feeling weak, lazy, incapable, or helpless, and a tendency to second guessing oneself.

The consequences of this behavior leads to an adulthood of impaired identity formation, including feeling inadequate; passive, hopeless, distrustful of their feelings and desires, fearful of separating and individuating; and avoidance of situations requiring trial and error – which is the foundational support of every movement forward. In essence, emotional incest leaves one feeling unable to adequately function without the parent and can also lead to an emotional inability to work or hold steady employment.

With a willingness to engage in the work of therapy, the sense of self and the trust in one’s capacity can be re-honored and reclaimed. With a commitment to your Self, you can develop the courage to take appropriate risks, to put new awareness into action and resurrect your life.

Sexual abuse and incest really happen, and it is widespread. It doesn’t just happen to other people. Children of every race, religion, and economic and social status are equally at risk. The effects of incest don’t stop when the abuse stops. The symptoms fester throughout ones’ life and become more embedded as we age.

Incest survivors need to know what happened to them is never their fault. Incest is a severe abuse of power. It is an adult’s responsibility to protect a child, and not use them for their own ill purposes.

The more someone has been traumatized, the more parts of the self split off for protection. At every age in which we have been hurt, parts of the self split off and become fixed in time. These parts can be typified as inner children. Through therapy, these parts can be accessed and given the care they need to be reintegrated into the core self. As you begin to nurture, support and validate this child, the child begins to grow and heal, and then so do you.

Sometimes the trauma is so severe that these parts, out of self-preservation, develop separate identities and personalities. Once these personalities are given the basic human requirements they need and have always deserved, they begin to blossom and flourish. It is not necessary for integration to take place. What is necessary is that every personality, altar, or inner child be given the love and support they need to become an integral, healthy part of the internal structure.

Allow me to walk with you through the pain. In healing this wound, you will find your love, your power, and your Self. 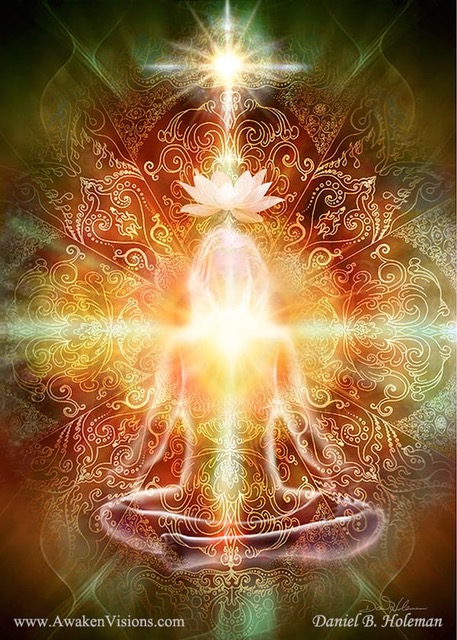